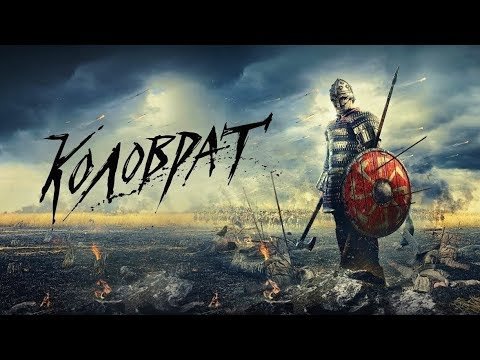 If you’re into epic historical action movies, then you simply must watch Legend of Kolovrat (Ленеида о Коловрате). It’s a Russian movie that came out in 2017 and is about a legendary warrior named Evpatiy Kolovrat who leads his band of 17 warriors against an entire Mongol army (more than thousands of Mongol warriors). Some say it’s the Russian version of the movie ‘300’. And I completely agree. So if you’re curious for the movie, then please continue reading this Legend of Kolovrat review!

Click here to order Legend of Kolovrat with english subtitles!

The movie was released in 2017 and was directed by the Russian director Dzhanik Fayziev. When the movie just came out even Putin watched it together with the director and he said that it is an impressive movie and a lot of people will want to go and watch it.

It is situated in medieval Russian in the 13th century in the village of Ryazan, where the Russian village prospers. However, when a Mongol army appears trouble arises in town.

One of the things I really liked about the movie are all the portrayals of the times. The Town of Ryazan is very well portrayed and also the cruelties of the Mongol army are very interesting to see. You can read further for the plot – it’s only about the first half of the story since I don’t want to spoil everything for you.

The movie starts off with the young Kolovrat who wants to join a band of Russian soldiers who are going away for battle. However, shortly after a Tatar band attacks the Russian group and all Russians are killed – except for the a young girl Anastasia, who manages to flee on her horse. And Kolovrat who is heavily wounded on his head and left for dead.

The movie than continues with Kolovrat waking up in his house – it is 13 years later and he wakes up every morning with bouts of amnesia due to the traumatic event that he experienced when he was young. His wife, Anastasia, ahs to calm him every morning and he gradually regains his memories throughout the day. In those 13 years he has managed to become one of the best knights in Ryazan and respected among his peers. He is around 20 years old.

However, the good times soon come to end as a huge Mongol army (Zoltaya Arda) is spotted on the horizon. It is winter and the large black encampment dooms before them. Knyaz Yuri, the king of Ryazan, decides to send a small band of warriors – among which his song Fyodor and Kolovrat – to the army to negotiate. Together with a merchant translator and his housemaid (for helping Kolovrat remember who he is after amnesia) they go off to talk to the Khan.

They are met in a non-hostile way, but after refusing to bow before the Khan, things become very bad. It is only due to the heroic sacrifice of the prince Fyodor that everyone manages to escape.

However, they are caught in a snowstorm while in the meantime the Mongol army attacks Ryazan.

When they finally manage to come home, things aren’t the way they were….

Cast of Legend of Kolovrat

In this Legend of Kolovrat review an overview of the cast cannot miss, so here it is (source Wikipedia)

Is it a good movie if you want to learn Russian?

Where can you watch Legend of Kolovrat (2017) online?

P.S. is the Russian in Legend of Kolovrat too difficult for you? Then check out this easy program on how to learn Russian!