Trans Siberian Railway Cost: Is it Worth To Travel In Russian By Train? 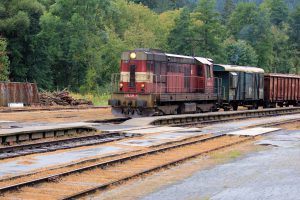 One of the most famous railways in the entire world is the Trans-Siberian Express. it’s a railroad that goes all the way from Moscow to Vladivostok. As the name implies, in it goes straight through Siberia any really is one of the most wonderful train experiences that you can follow in your life. In this article we’re going to discuss the Trans-Siberian Express, what is is, and if the Trans Siberian railway cost is worth it for you.

So if you’ve ever been curious about the Siberian Express, then I highly recommend you read this entire article, because you will learn a lot about the train, and it can be a very great experience for you.

What is the Trans Siberian Express?

The Trans-Siberian Express is a network of railway that connects Moscow with the Eest of Russia. There are several tracks that you can choose with all of them starting in Moscow (Or end in Moscow, of course depending on which direction you are travelling). in the Far East however, you can either stop in the Vladivostok –  or Bejing depending on what your preferences are.

It is the longest railroad in the world and in total it has 9289 kilometers. Which is around 5772 miles. The railway was being built between 1891 and 1916 under the supervision of the Russian government. And already before the railway was completed, there were already travelers who were documenting their adventures on the Railroad.

If you’re planning on travelling on the Trans-Siberian Express, there are many different routes that you can take. For example, you can also go to Mongolia, and travel through that country. If you decide to take the trip, you will be traveling through 8 time zones in total.

How high is the Trans Siberian railway cost?

Since there is quite a long trip, the Trans Siberian Railway cost can be high. Also, it depends on how long you are staying in specific places, what class were travelling in, and if you’re having any excursions throughout your travels. Most of the packages you can buy, also include your flight from and into Russia. So course it also depends on your home country. If you’re taking a package from Brazil, the entire cost of the Trans-Siberian Railway travel, will be higher for you, than if you’re just taking it and flying from Europe.

The trans Siberian Railway cost can go all the way from $2,000 two $15,000, depending on the Travel packages that you chose as we discussed in the previous paragraph.

A couple of the highlight on the trip

It is recommended to only travel with the Trans-Siberian Express during summer. This will ensure that you have the best experience, because it can be cold in Siberia. For that reason, you do not want to travel there in winter. You can still do this, but your experience will be completely different. If you’re into exploring the Russian cities, then it’s very recommended to go in summer, as otherwise the weather might mess up your trip.

Here’s a short overview of all the cool things that you go on to see if you’re going to travel on the Trans-Siberian Express.

Let’s assume you’re starting in Moscow. If you’re like most travelers, then the first thing you want to do is explore Moscow for a bit. Go and see the Red Square, and see the real Russian culture.  Now, after you’ve seen your fair share of Moscow, you will travel to the Yaroslavskiy Vaksal, from where your Trans-Siberian trip will start.

The first thing that you’re going to see in the city of Kazan. the city is situated on the Volga river, and its Kremlin fortress in the center of the city is a UNESCO World Heritage Site. One interesting thing about Kazan, is that the main population are Muslims, even though it’s a Russian city. Therefore it can be very interesting to see the mosque inside of the center of Kazan.

Your next stop will be Yekaterinburg. the Russian city that is the capital of the Ural Mountains. These mountains are a natural border between Asia and Europe, and this is also where you can see the great division between the Western Russian culture, and the Siberian Russian culture. You’ll see Asian and European Civilizations come together in this mountain tunnel. Yekaterinburg was founded in 1723 by Peter the Great. One of the many interesting things to that you can see in this town is the place where in 1918 Nicholas II was executed by the Bolsheviks.

After traveling through the Ural Mountains your first Siberian stop will be in the city of Novosibirsk. It’s a modern Russian city, and it will be very interesting for you, as a westerner, to see this industrial town. After a short start your journey will continue to Irkutsk. this is fascinating city to see because many Russian aristocrat were exiled to Siberia. In the 1830s after their uprising. Some people call Irkutsk the Paris of Siberia, with all is museums in our fascinating science and architecture.

After these Russian cities, you will go to Lake Baikal. It’s the largest freshwater reserve of the world. It’s also the deepest lake in the world and in total it holds 20% of all fresh water in the entire world. You can see special Siberian seals and more than 50 different species of fish there. The Railroad tracks ride along the shore and it will be a fascinating site for you to see. For more than 5 hours the train will go past the shores of Lake Baikal. If you’re lucky and the weather is good, you can even go for a little swim in Lake Baikal.

After you’ve been through 8 time zones and more than 9000 kilometers. You will enter the city of Vladivostok. The city used to be in military port located close to the Japanese see you can see the fascinating Russian Navy Pacific fleet. Did you know that the city was closed for foreigners between 1930 and 1992? This was because it was in military city.

Is the trans Siberian railway cost worth it?

So, there you have it. some of the highlights of the Trans-Siberian Railway Express. You’re probably curious if the Trans Siberian Railway cost is worth it? Well, depending on your budget and travel goals, this depends of course. However, if you’re looking for a great experience that will leave a mark on the rest of your life, then I can highly recommend you take a trip along the Trans-Siberian Express. Especially if you’ve never been to Russia before, it can be a very fascinating experience.

Where can you order a trip?

If you’re convinced and you want to book a Trans-Siberian Railway Express ticket, you can do so through goldeneagletrains.com. They offer good tickets for their price; their tours include everything you need along the road. They organize for you excursions while you’re travelling, and everything will be taken care of for you.

Click here to go to the site of goldeneagletrains.com, and find out more information about the Siberian Express.

P.S. If you want to do some preparations for learning Russian, that I highly recommend you check out RussianPod 101. It’s a comprehensive Russian learning programmed, that will teach you Russian in a short period, using audio podcasts. Click here to sign up for a free trial of RussianPod 101, and start learning Russian with ease.