Michel Thomas vs Pimsleur: These 6 Questions Will help You Decide 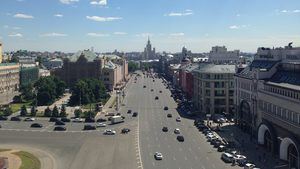 2 of the more famous language programs out there are Michel Thomas and Pimsleur. So after seeing many threads on forums and Reddit I decided to write this article. In it you’ll find all the information you need if you’re doubting between Michel Thomas vs Pimsleur. Both courses have in common that they’re both audio courses, so we’ll be mainly discussing the differences between them.

Note: everyone learns languages in a (slightly) different way, so what works for you might not work for the next person. So in this article we’ll first discuss what makes both methods similar. Then I’ll tell you what I like about each of the methods. And then we’ll see what you should base your decision on if you’re unsure which program to choose.

So, let’s start with the similarities between the programs. Both are audio courses, so if you’re anything like me – then you can use audio to practice in time that would otherwise be wasted. E.g. commuting for half an hour 2 ways to work and back – that’s around 1 hour of language learning in time that you would otherwise do nothing. Now, please be careful when driving (since you want to be focusing on the language), but if you go to work by public transport or bike – this will be very convenient.

Next, both programs focus on teaching you how to learn useful language right from the get go. So you won’t be going through long textbook exercises, but you’ll be learning how people actually speak.

So that’s it for the similarities basically. Michel Thomas vs Pimsleur is a question of what you value more. Since there are quite some differences in the programs.

I’ve said it before, but I really enjoy how easy Michel Thomas makes the grammar. I did the Russian, French, Spanish and some Arabic and Polish courses – and the Michel Thomas method does a superb job at slowly, but surely introducing you to the grammar and structure of the language.

It won’t even feel like you’re actually in a language learning class. But more like you’re having a fun conversation with a good teacher who – simply by talking to you – teaches you how the language works.

Some people fear the case system in Russian (even though it’s not nearly as bad as in Polish or some other Slavic languages), but with Michel Thomas it was pretty easy to get to know all the cases and how to use them. Especially since you can check the booklets from the course after you’ve done the lessons to visually drive down how it works.

Now, some people might be a little against Michel Thomas since the amount of vocabulary isn’t huge that you learn. But the vocabulary that you do learn you will know very deeply.

Next, the course only has 20 hours. That might not sound like a lot – but it’s very fast-paced. I recommend actually listening to most of the CD’s 2-3 times. That’s because every CD is packed with a lot of information. So you’ll get something new out of every repeat.

Or – you could also do what the method recommends. Which is to pause the CD after every question and think it through. I find this to be a little bit too much of a hassle, and prefer to think faster and maybe make some more mistakes while learning. So if you’re following the instructions to a tee, then probably listening to each lesson once (and maybe 2 for the difficult ones) might be for you.

You can check out my full Michel Thomas review here for the Russian language (might help a lot even if you’re not learning Russian, since the principles of the course stay the same). I think Michelt Thomas is one of the best introductions that you can get for a new language. It’s not overtly long, it introduces new subjects pretty fast and most of all – teaches you the grammar and structure in an easy-to-follow manner.

Here’s the first lesson of the Michel Thomas method for learning Japanese if you’re curious:

Pimsleur is in many ways the opposite of Michel Thomas. You can expect a long course that will cover a lot of the basic introduction vocabulary. It’s a great course if you’re looking for something more general and less fast-paced. Since the pauses are added in the audio, you’ll feel a little less pressure to answer, but that’s alright.

The good things are that there are always native speakers (this is not the case for Michel Thomas French for example – Michel Thomas himself knows perfect French, but he does have a small accent). The program is also great if you want something simple. Since you will basically get asked questions and will answer them. So no fancy images, or conversation. Just questions and answers.

Or check out my full Pimsleur Russian review here. Same thing again – the principles of the method stay the same, so even if you’re not learning Russian per se, you can still check the review.

So base your Pimsleur vs Michel Thomas decision on this:

Good, so now you already know somethings about each method, let’s make a good overview of which program will suit you better. Maybe you already found out which one you like more – and then this short list will make you sure of your decision:

I hope this little checklist made it easier for you to see whether Michel Thomas vs Pimsleur will be the right choice in your language learning journey.

Both programs work to learn a new language. However, each has its own things that it’s better in. I personally prefer Michel Thomas since it gives you such a good overview of the language in a short period of time (within 8 hours you’ll have learned a lot). But it can be a bit fast, or the conversational style may not suit you. Or you maybe have bad luck and there won’t be native teacher in your course. So in the end it all comes down to your personal preferences.

Now that you’ve reached the end of this (short but helpful) article about Michel Thomas vs Pimsleur. I hope you learned something about which course to learn. If you have any question about either program for any language, feel free to leave a comment. I’d be glad to help you with anything you might need.

P.S. if you’re a complete beginner in your language and want to get a quick overview, then I recommend Michel Thomas. You can go to this page and search if his method is available for your language.

P.S. Do you want to speak Russian so well that you get mistaken for a native speaker? My program teaches you to speak Russian in just 30 days with 1 hour per day of practice. Get more information about the program here.