If You’re Serious About Learning Russian, You Don’t Want to Miss the Russian Video Game Metro 2033 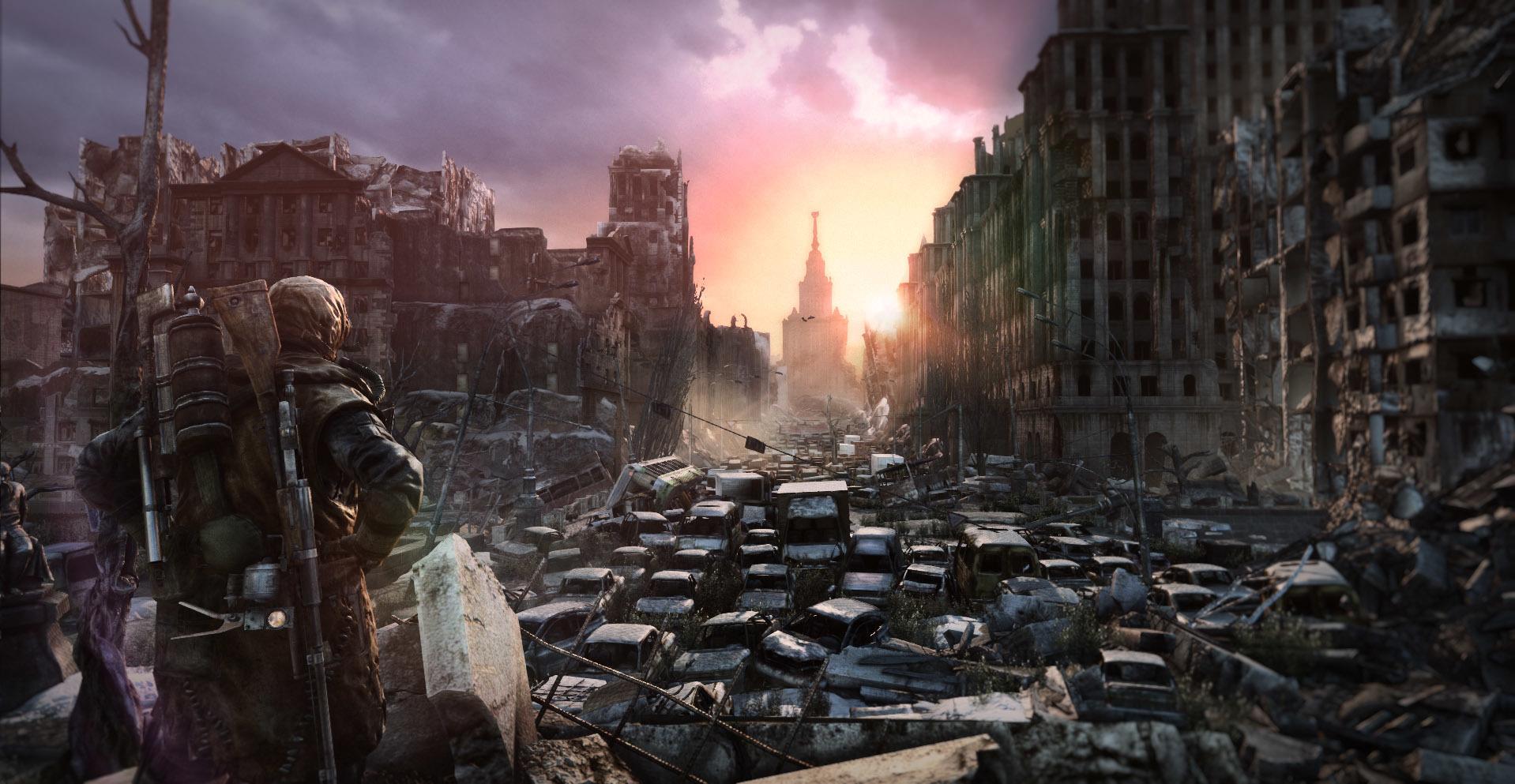 Russian is a cool language.

So why learn it through boring classes?

I see too many people trying to cram in crazy work schedules.

Or aim to learn 50 new words per day – and think they can keep that up for 6 months.

No way. Or at least… If Russian isn’t your full time job.

Which I assume, isn’t the case for too many people.

Anyway, let’s dig into something that will make learning Russian a lot more fun.

I’m talking of course about the Metro 2033 series.

Today I want to discuss why I like this game so much, why you’ll enjoy it. And which benefits it has for your Russian skills. Ready? let’s go!

There are 3 games so far in this series. They’re all based on the novel of the same name by Dmitri Glukhovsky: Metro 2033.

Each game will take you on an adventure through the Russian metro. It’s a shooter, so expect to be shooting a lot of mutants and bad guys.

this may sound like it’s a guy’s game. But the story behind it is good. I replayed the first 2 games with my girlfriend sitting next to me and following everything.

The setting takes place in the Moscow metro 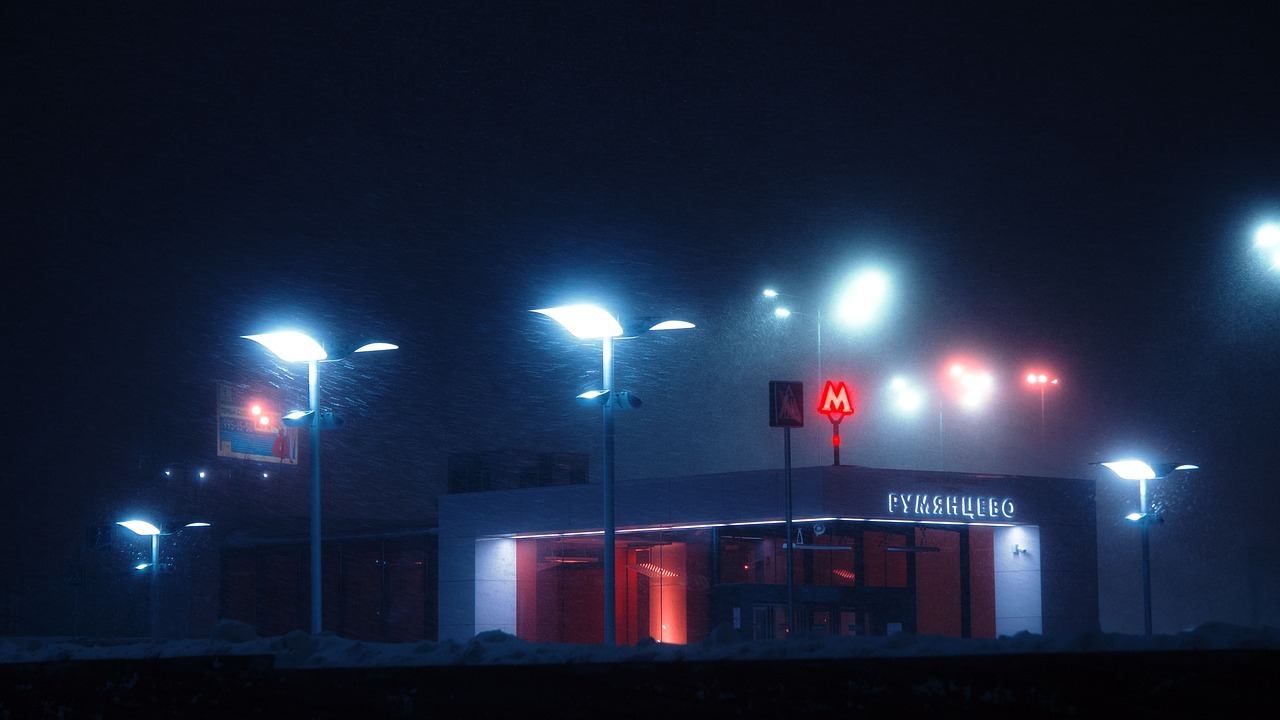 You’re going on an adventure through the Moscow metro. It’s the only place left on earth where people live.

the reason for that is a nuclear war that wiped out everyone on the surface.

The only people that survived, were the ones that sheltered in the lowest tunnels that have been dug by mankind: the Moscow metro. (Rumors have it that people also survived in the Saint Petersburg metro).

The world is so incredibly real. It’s a good warning as well that we shouldn’t play around too much with weapons of mass destruction. But let’s not get too deep into morals here.

Each metro station has its own inhabitants. Every station has been turned into a little village and community of its own.

An entire new world has been created in the Metro, where only 40,000 people have survived.

You play as Artyem, a young soldier who grew up at VDNK 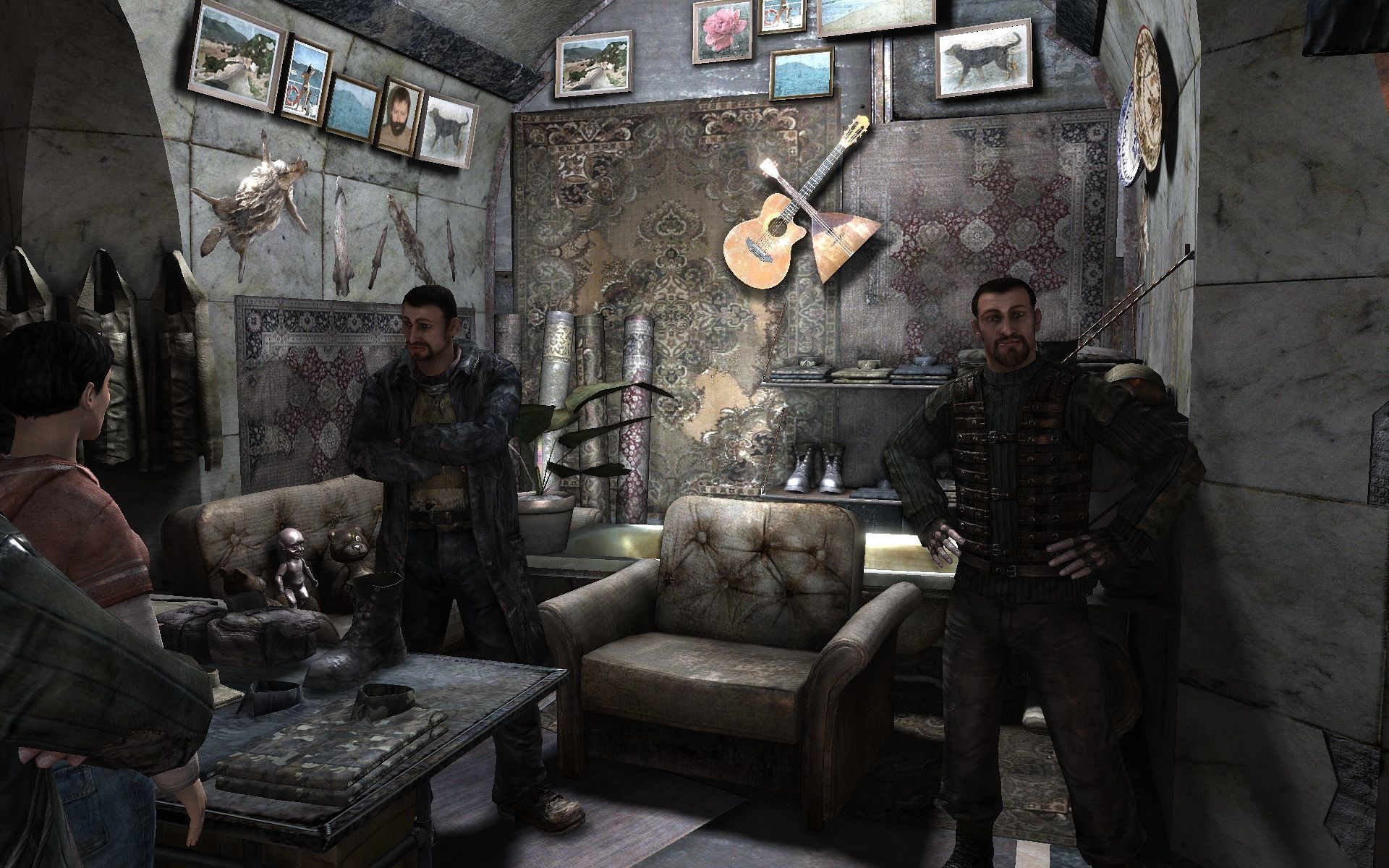 The entire series you play as the young Artyem. When the nuclear rockets attacked Moscow, he was only a couple years old. So he does remember slightly what life was before the war.

But unfortunately his mom wasn’t able to find shelter. And she died on the surface. But the people at VDNK took care of him.

The first game starts when Artyem is around 20. A weird new mutant is attacking VDNK. And Artyem has been sent to get help in Polis by a soldier from there named Hunter.

(it’s possible I might be getting some names a little wrong, as I only played the Russian version)

I won’t spoil you any of the plot. But it’s enough to say that it’s a long adventure that takes Artyem throughout almost every single metro station.

Several levels also take place on the surface. There it’s even more dangerous, since there is a high level of radiation and many creatures have mutated. Such as street dogs monkeys, and a weird flying creature called a demon.

The game is absolutely breathtaking. It shows a ruined Moscow after a nuclear war. Every place has been modeled after REAL Moscow. If you’ve been in the metro before, you will recognize so many places, which is a feeling that no other game will give you.

Even now, every time I’m taking a walk in the Moscow center, I remember places where I (Artem) shot mutants or did a specific mission.

traveling by Metro in Moscow will never be the same 😉 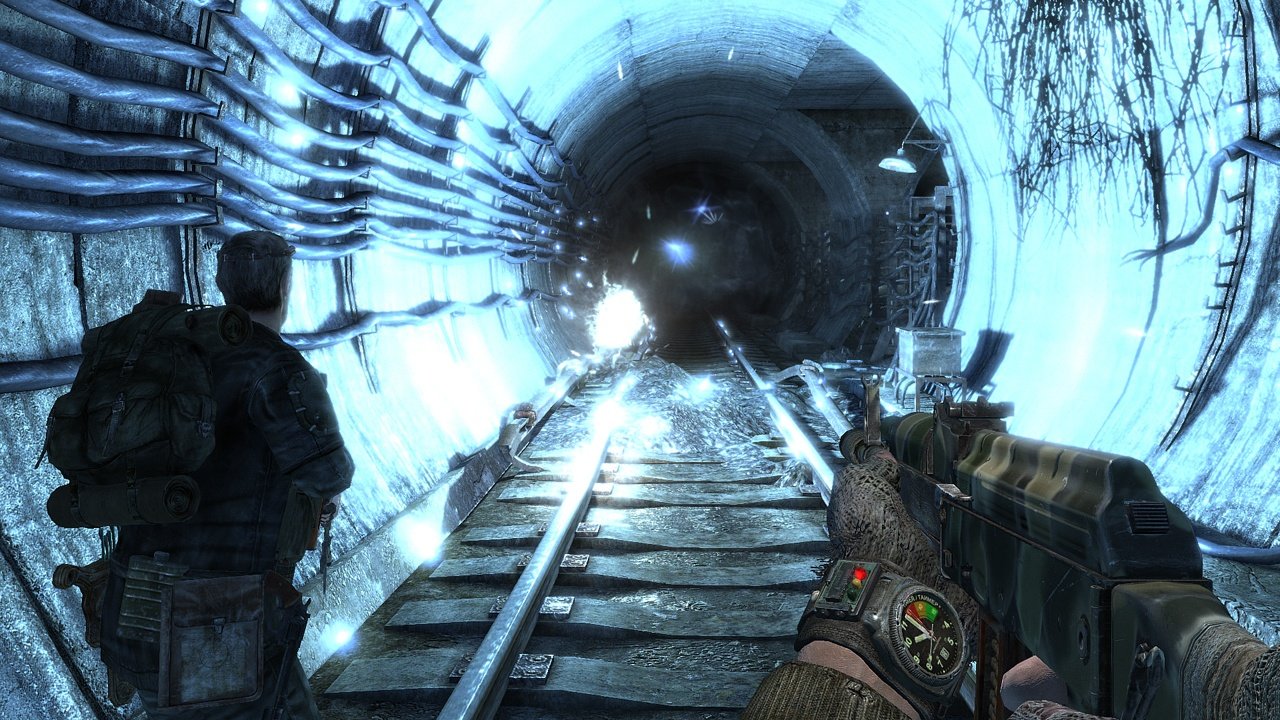 Alright, let’s dig a little more into the games itself. The main genre is a shooter. So you’ll be playing a lot with different guns to shoot mutants and bad guys.

There’s also a big stealth component to the game. So if you do not want to kill anyone (and be a good Artyem), you can also sneak through most levels.

you can do this by turning off lights, or finding shortcuts and  hidden paths.

I actually recommend you take this path once a while, as it’s a nice refresher from shooting.

Each game lasts around 10 to 20 hours, depending on how experienced you are. It’s a linear story, so there are no side missions or anything.

Note: the third installment Exodus doesn’t follow this. It’s an open world and you can explore everything right form the start. I haven’t played it yet, but I’m sure it’s going to be an incredible experience.

the fact that it’s only 10 to 20 hours is a good thing. As it never gets boring along the way. And you don’t have to play for hours leveling up your character.

The ideal play-through for each game would be to play for about an hour everyday after work. That way you won’t have to sacrifice your social life, and can enjoy the Metro universe for a long period of time.

Or you can take an entire weekend and do nothing but shoot mutants 😉 It’s up to you whatever you prefer.

The language used is very understandable 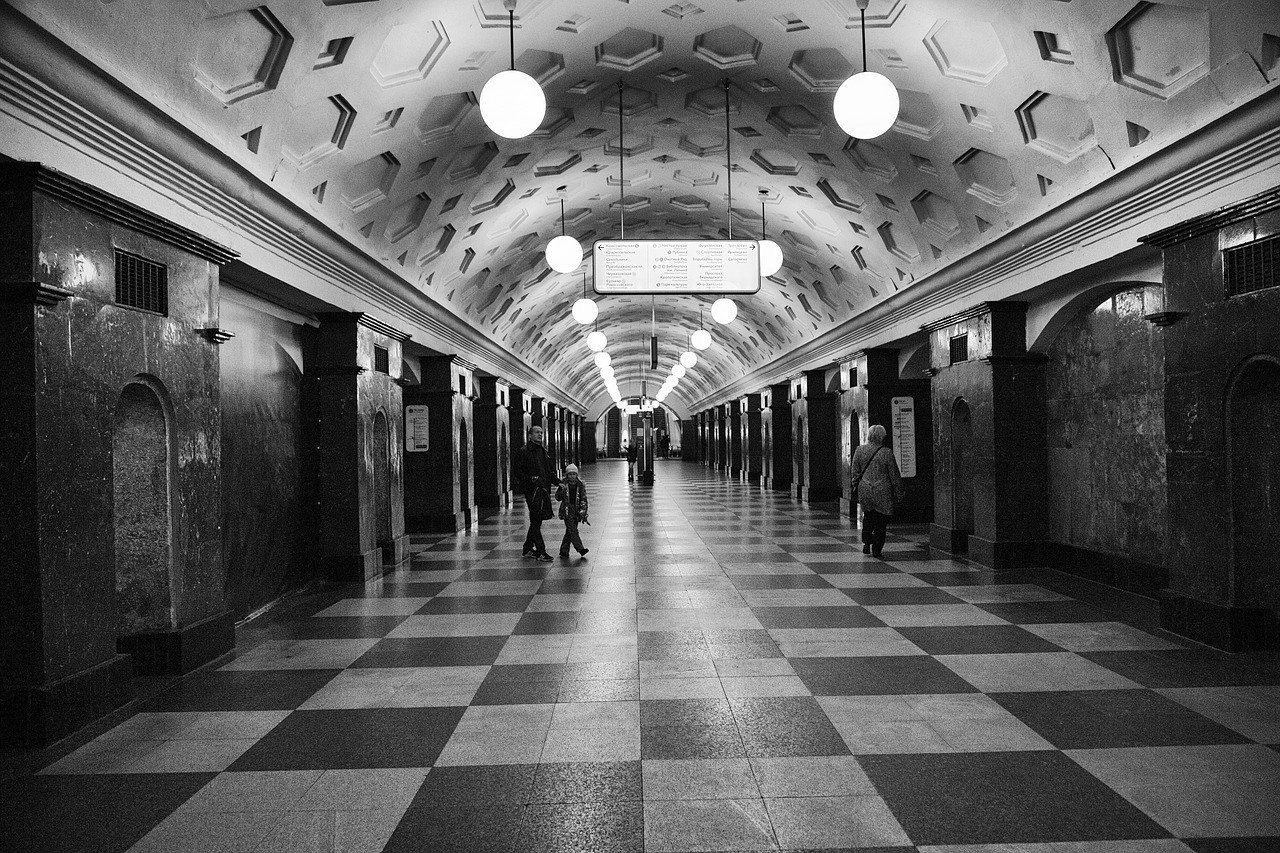 Let’s switch to the language. After all, we’re here to learn Russian, right?

The Russian spoken in Metro isn’t easy to understand. But it’s also not difficult.

it’s exactly what you’d expect. The words used are pretty simple. But since you’re in a dynamic environment, some people have accents. Or other times they’re saying something while there’s shooting going on.

It’s a great training for improving your comprehension of spoken Russian. As in the real world, there’s also no clear cut perfect voice or environment for listening.

The words used are also fine for real life. Yes, you do learn a lot of ‘unnecessary’ words, such as mutant, nuclear war etc. But the overall vocabulary is like normal Russians speak nowadays.

How to learn Russian with Metro 2033

Here’s my exact game plan so you can improve your Russian by playing Metro 2033. Follow these exact steps to get the most out of the games in terms of improving your Russian skills.

Before we touch any of the games, we must know what your starting point is. This will determine if you ‘re going to play with English or Russian subtitles.

Here’s a little quiz to determine what the right option is for you:

Good, did you do the quiz? if not, please take it before we continue!

Step 2A: Russian audio + English subtitles if you’re a beginner

If you don’t know any Russian, or you’re a beginner, it’s better to play with Russian audio and English subtitles.

This will allow you to understand and ENJOY the game.

If you’d skip this step while you’re not good enough yet, the game simply won’t be fun.

You won’t understand anything of the plot, and will get stuck everywhere since you don’t know your mission or what to do.

You might think it’s a bad thing to be at this stage, but I disagree. You have a good reason to become better and later challenge yourself by turning on the Russian subtitles.

here are the benefits you’ll experience by playing with Russian audio:

Step 2B: Challenge yourself with Russian audio + Russian subtitles

If you’re up for a real challenge, and your Russian is good enough, then switch the subtitles to Russian.

If you’re unsure, you can do the quiz again. Or just give it a try and see if you get the game without English help.

Important thing here is to make sure you ENJOY the game. If you find yourself puzzling over every conversation trying to find out what you have to do… please switch back to English subs.

Get the beginners gains, before you play the real game.

You can always replay it, after you’ve gotten better and then the game will take on a whole new perspective.

Step 3: Does it matter if you start with Metro 2033, Last Light or Exodus? 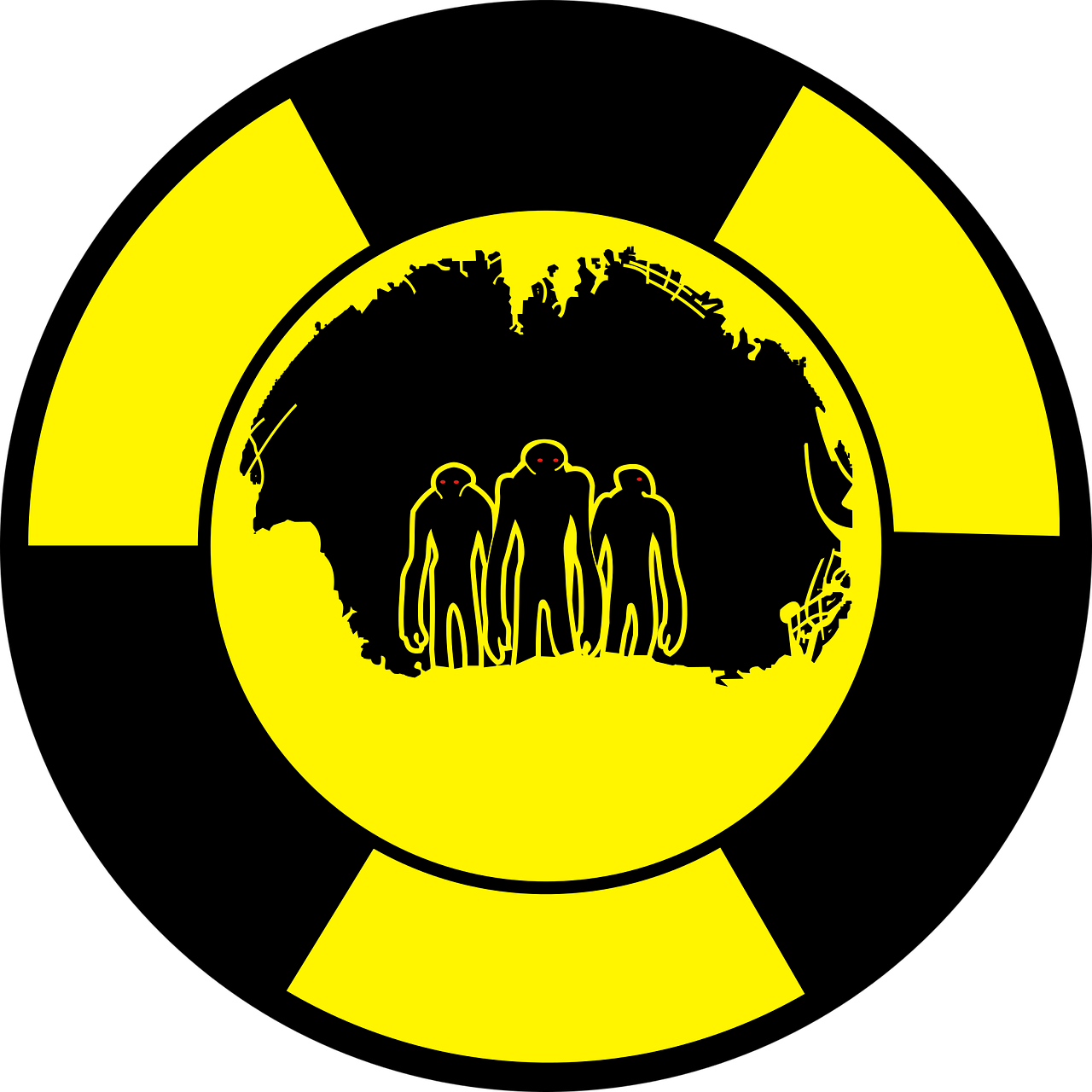 As of posting, there are 3 games:

In theory, you could start with whatever you want. As each game can stand on its own.

However, I highly recommend you start with the first one. It’s not ‘old’ yet, so it’s perfectly fine to play. All the games follow each other in their story-line. So if you’d play the second one, the ending of the first one would be spoiled.

And since the ending of the first game is a very nice plot twist, you don’t want to ruin this for yourself 😉

The Redux version is the updated version of the game. They’ve taken out bugs and added a couple of new functions. I see no reason to play the non-Redux version. 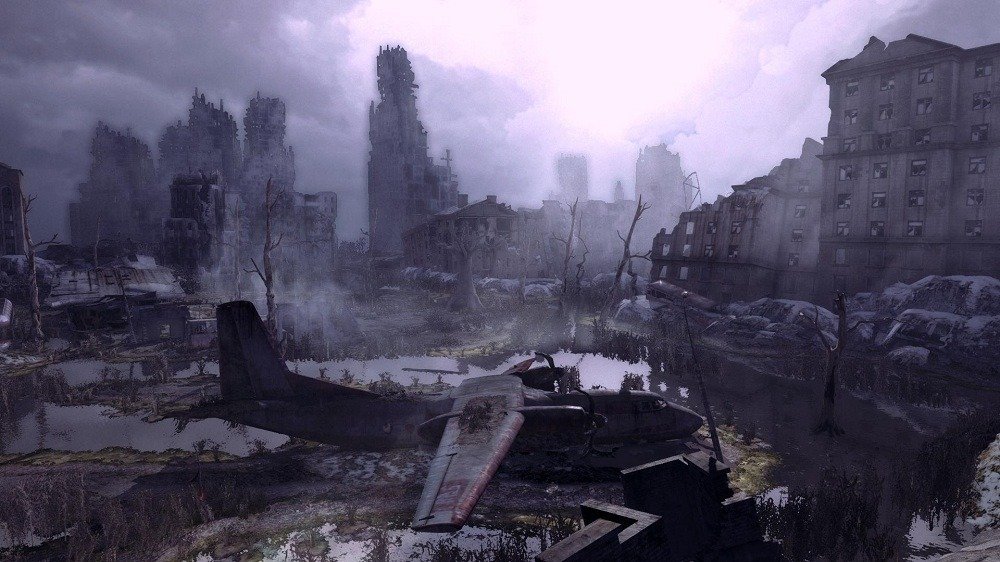 Alright, you’re on the edge of your seat, controller/keyboard in hands and are ready to play.

Here are some tips that will let you get the maximum fun out of the games:

Summary of how to play for maximal language gains

the main thing is to play at a level that’s suitable for you and that you enjoy it.

You’ll get an easy 20 hours per game of Russian practice. And time will fly. It’s a lot easier than following online courses for 20 hours.

One last advice. Don’t try to understand everything. You don’t need to look up every word you don’t know. Just enjoy the game and unless you feel like you’re missing vital information, just continue playing.

You can always replay it, if you want to understand more 😉