Is Aeroflot Safe to Travel With? My Experience With Aeroflot 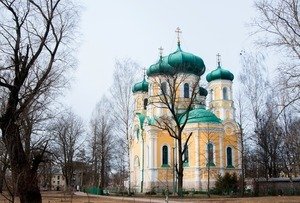 With the World Soccer championship approaching in this summer in Russia, it’s no wonder that many people are thinking of going there. And as you probably know, Aeroflot is the largest Russian airline. Unfortunately – like with many Russian things – people outside of Russia don’t really know too much about it. So a question I see regularly is ‘’ is Aeroflot safe to travel with?”. I’ve traveled quite a few times to Russia so that’s why you can read my Aeroflot review here.

Note: if you’re flying to Russia, then it’s a good thing to prepare your trip by learning some Russian words and phrases. Check out my guide on how to learn the basics of Russian here.

Is Aeroflot safe to travel with?

Aeroflot came in existence almost a 00 years ago in 1923 as Dobrolyot (which translates to kind flight). Ad did you know that in soviet times the company was actually the largest plane company in the world? Just after the Soviet period ended they had over 5400 planes – but after that due to the upheaval in Russia their fleet was drastically reduced to only 115 planes.

Now, as I said before, with a lot of Russian/soviet things – people generally know very little about it. And I think that’s where the main concern comes from when people as if Aeroflot is safe.

Another thing that causes people to worry is the amount of accidents during soviet times. Only the USA has had more accidents with flying than Russian – and they flew about 10 times more flight in their history.

However, when Putin came to power in Russia he worked at it to make Russian flying safer. And many new safety regulations were made and in 2006 Aeroflot joined the Sky Alliance (which features KLM, Delta and Air France among others). The alliance has very high safety regulations, so the air carrier had to step up that.

So, among today’s airlines, Aeroflot is a very good and safe one. It also only flies with western planes Boeings 777 and A330, so you won’t have to worry about that. Those planes have been considered as the safest planes you can fly with nowadays by the website airlineratings.com

So to answer your question: Is Aeroflot safe? Yes Aeroflot is safe to travel with to Russia and back. So you can get your tickets without problem. And you can fly with confidence knowing that the airline’s safety standards are up to par with all the other good European and American airlines.

This article from the Telegraph even considers Aeroflot as one of the safest airlines currently flying.

My experience flying with Aeroflot to Russia

Having been to Russia quite a few times myself – flying from Europe to Moscow with Aeroflot has been a good experience. In Europe I often take those low-cost carriers as quality doesn’t matter if you’re only flying for 1-2 hours, but flying to Moscow is often 3+ hours from most departure cities, so you don want a good flight experience.

Here are some things about Aeroflot:

So I hope this short list of things I like about Aeroflot will have helped you get a better image of the airlines. They have undergone large improvements since the soviet era. And are now up to par with the other good airlines in the world.

How about other Russian airlines like Ural Airlines or S7?

Aeroflot is the largest Russian aircraft carrier – but there are some other ones such as Ural Airlines and S7. I flew with a couple of them as well, and they are also save. They’re governed by serious regulations too and that makes sure that you can also fly safely with them.

A note though: watch out with some companies from former soviet states. For example, planes from Kyrgyzstan airlines aren’t allowed to fly in Europe because they do not meet the safety regulations.

Conclusion: Is Aeroflot safe for flying to Russia

So you were thinking about your trip to Russia and decided to check the planes and saw that Aeroflot was flying for a good price at a convenient timing. But is Aeroflot safe? Yes they are. In the last 15 years the company ahs gone massive changes and you can easily fly with confidence to Russia with them.

They even offer free cargo luggage so you won’t have to pay extra for that. And the service on board is good as well. So I wish you a lot of fun on your next trip to Russia!

P.S. looking for a fun and easy way to learn Russian? Then sign up for the free trial of Russianpod101 – and listen to their audio podcasts in the plane to Russia!