Busuu vs Duolingo: Which Free App *Works* Best For You? 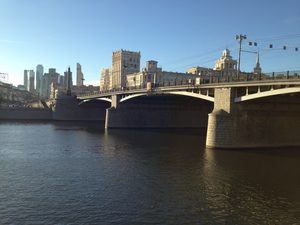 One comparison that we haven’t done yet on the site for language learning apps is Busuu vs Duolingo. They are 2 apps that are available in Russian (and many other languages), and I often et questions from people wondering which one is better to start their language training with. So let’s solve that question today!

Note: the site is about learning Russian. But this is a general comparison between Duolingo vs Busuu. Both are available in many other languages – so if you’re on the verge which to pick, this article might help you out find the right app.

First, let’s discuss some similarities: both are apps that are mainly focused on teaching you the fundamentals of the language that you’re learning. Frankly, this is where the focus should be. Since after a certain point (intermediate) the things you need for progress are either too general (e.g. spend more time speaking with natives) or specific (practice specific grammatical/vocabulary drills).

So the apps are doing a good job in giving people the introduction to the language that they really need in the beginning.

Both are also free. However, (of course) you can also pay. The thing is for Duolingo it’s a voluntary donation that doesn’t really unlock extra’s (I think you can be ‘resurrected’ after you fail a specific lesson too often so you won’t have to start over again), but that doesn’t add a lot of functionality.

Busuu premium comes with some extra functions such as quizzes for reviewing stuff you’ve learned and more extended grammatical drills.

Anyway, continue reading this Busuu vs Duolingo review and later on you can simply download the app that drew your attention the most. Spend a couple of weeks 10 to 20 minutes per day practicing and soon you’ll know if/whether you want to pay/donate for the premium version.

My approach with free apps for language learning is that their great ways for introducing a specific language to you. BUT, for real learning they often do not keep up with paid resources. So spend a couple of weeks practicing your new language with an app. But then go and get classes/courses/tutors whatever to start making real progress.

In short: don’t become one of those free app freaks who spend an hour a day for 5 different languages for years and ends up not being fluent in none of them.

Pick 1 language that you’re interested in and get a real course.

But let’s get back to Busuu vs Duolingo: what does each app specifically offer that the other doesn’t? Or does a lot better than the other?

What I like about Busuu: feedback from native speakers

Busuu is an app that is very effective for learning vocab. It’s a flashcard system that will teach you new words with ease. It goes a little faster than Duolingo so you’ll be able to get more words per sitting.

Another benefit is that after you’ve learned a word you can speak into your app to record it. A native speaker will review it and give you feedback on how to improve your pronunciation.

At the same time, the app does require of you to do the same thing for another person who’s learning your native language. But this can be done pretty quickly (NOTE: please take your time and do this right. It’s one of the main advantages of Busuu and you want to give good feedback in order to keep the quality of the community up. If you pick Busuu don’t be an asshole and rush through the feedback just to get it over with).

Another thing is that you can also have conversations with other speakers. This can be a good thing for practicing as well.

What I like about Duolingo: structured more all-inclusive approach

Although Duolingo might be a bit slower than Busuu it does offer a more included approach. You’ll also be learning more grammar and how to construct sentences. With Busuu you more have to deduct this from the sentences/words that you’re using (although the premium does offer this).

If you’re looking for structured lessons that teach you everything you need in order to speak Russian, then Duolingo will give you more of a structured background knowledge. However, you still need to speak it on order to actually be able to have conversations.

So which should you choose (Busuu vs Duolingo)?

If you’re really hard-pressed to just pick one app, then the following guidelines will help you out:

Now, the thing with free apps is that you can have them both. However, I’d recommend you to try them one at a time. So you’re not switching things up. And again, after a couple of weeks (at max 3 months) of free language apps – you should upgrade to something more intense. At least if you’re serious about learning your language.

I’ve found that while free apps are great for learning the basics, they often do not generate the commitment necessary to really learn a language. It’s all fun and games, with nothing of the hard work that’s necessary.

Free language apps are a great tool in your arsenal for learning (the basics of) a new language. Both Busuu and Duolingo work for this purpose. Busuu is better for learning how to pronounce correctly and/or speak. While Duolingo will offer you a more structured background knowledge of the language.

Feel free to download both and check them out. Try them for 3 weeks each 10-20 minute per day. After that you’ll have a very clear image as well if and how the app is helping you learn a language.

Just don’t fall into the trap of thinking that an app alone will get you fluent. They can help a lot – but in the end apps alone aren’t going to have a conversation for you (unless you use the Google translate conversation option ?)

P.S. interested in learning Russian? Check out my free guide on how to become a fluent Russian speaker in just 1 year!

P.S. Do you want to speak Russian so well that you get mistaken for a native speaker? My program teaches you to speak Russian in just 30 days with 1 hour per day of practice. Get more information about the program here.